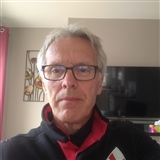 I was persuaded by my wife to have a go at a Couch to 5k course in January 2019, which I completed in March 2019. This, for me, was a big step as in all honesty I had never enjoyed running. I played football in my thirties and then squash but running was never going to be one of my ambitions. Now, just over a year later, I'm usually running 2 or 3 times a week. I have met some lovely people through our group, and I am proud to say I'm a member of Exe Couch Runners.