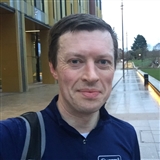 I obtained a Leadership in Running Fitness qualification through England Athletics in April 2019 and set-up the Green Heart Runners club in June 2019. I am a running enthusiast with a desire to learn more about running, to help people achieve their own goals, and create opportunities for people to get fit, have fun and experience the full range of benefits you can get from running. I progressed from being an occasional runner to a keen runner around 2013, at which point I also became addicted to high intensity interval training, which has been a great way of building my fitness and enjoying group exercise classes. I have undertaken a number of half marathons, one marathon and will be doing another marathon in September 2020. I have also developed an interest in "action races", such as the Tough Mudder and Wolf Run series - but for the next few months the marathon training must be prioritised! I became interested in forming a running club in 2019 to combine my passions for running and fitness, and health and well-being at work.