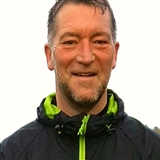 I was introduced to RunTogether whilst running through Heaton park in 2016 - and it's been a great and fun running journey ever since. During the last three or so years, I've developed from an occasional evening street runner to undertaking half marathons. I became a Run Leader in 2017 as the group size increased from a couple of dozen to sometimes over a 100 runners.

I wouldn't say I am a natural runner and have taken up running after many years playing for and eventually coaching amateur football teams - until the injuries caught up with me! RT continues to be a hugely positive experience both in terms of running, fitness and socialising. Indeed, I have many more wonderful new friends because of it. I feel privileged to be a RL and greatly enjoy running with and assisting our group runs.