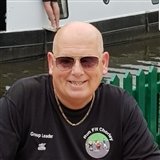 Neil has many years experience of running. Neil started running back in the 1990s and has run many races all over the UK including many 10ks and half marathons. His longest run was the Coniston 14 mile run which he did 3 consecutive years. After a long break from running due to change in circumstances . Neil then moved to Chorley and signed up to do the couch to 5K programme and found his love again for running and then became a Run leader for the couch to 5K and then went on to do the leader in run fitness (LIRF) qualification. (DBS checked) Neil is a Run leader and the group leader . in Run fit chorley and loves to encourage people to run who feel they 'cant do this'. Neil also saw a need in running groups aimed at the less confident runner and set up his own group and called it "running to be with each other" which then after a year changed the name to run fit chorley but continued to use the name as #runningtobewitheachother this has gone from strength to strength. Neil is also first aid trained and defibrillator trained.