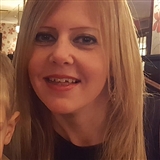 I have run on and off during my adult life as a way to keep fit but never to any great pace or distance then I moved to Redbourn in April 2014 and discovered the Nicky line and Redbourn Common so ran during that summer but my interest in running dwindled in 2015 as it kept getting sidelined due to family commitments, working full time, etc...main issue was finding time to run. Then 'Run Redbourn' was set-up in May 2016 which as really got me back into running by encouraging me to join the Sunday evening 5-10Km run, where possible on a Tuesday for 3km time run and the monthly 10km Trail runs -attending runs during latter half of 2016 has meant my times have quicken, my endurance for distance grow and most importantly I've got the running bug. I've really enjoyed getting to know the regular runners and to feel a part of the Redbourn running family so decided to train-up to be a Run Leader in Feb 2017 so I can help support the various runs and to generally help spread the word of Run Redbourn!