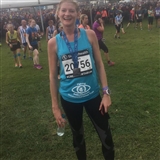 As a fully qualified Sports Rehabilitator and Physiotherapist I have always enjoyed participating in sport and exercise. However it was only in 2011, at the tender age of 31 that I took up running. It was a love hate relationship at first but once I'd got past the initial lung burn I was hooked!
In January 2012 I was offered a charity place in the London marathon, and finished it in a respectable time given I'd been running less than a year and only had 3 months to train for it. Since then I've completed a number of other running evens and even managed to get a rare ballot place a ran the 2015 London marathon.
In 2016 whilst pregnant I moved to Redbourn. I always new I'd become a buggy runner once my little one was 6months old, but to help me I joined Run Redbourn and their fab buggy run group. I loved it so much I decided to become a run leader and now my aim is to get more families up and running!