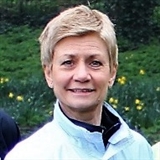 My interest in running began by watching the London Marathon. The individual stories behind their reasons, the joys and agonies along with the atmosphere and the crowds made me want to be there, one day. Running a marathon may not be your kick start but just the joy of wanting to run is enough. The decision was the easy part, but how do I start? I was nervous and shy about joining a club as they could run, I could not. Like most of us today I sought guidance from the Net. Full of plans, tips, hydration and a myriad of other topics and ideas, some useful some not.
Having started late in life, that's right you are never too old, I put on my new trainers and hit the road. It was tough, it was lonely, it was boring and it hurt.
A runner who I had seen out and about on many occasions took me under his wing showing and helping me move forward. It was because of him I decided to set up a group to help people achieve thier goal of running4fun. Whether it is just a few times a week to those like me wanting a challenge there are plenty of achievable goals along the way to whatever your dream is.