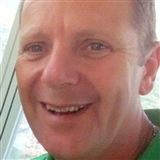 Bob returned to running in February 2018 after wife Helene asked him to come along to her first Couch 2 5K group as tail runner and moral support. Since then he's not been allowed to leave! Bob regularly runs with the mixed pace 5k group and has taken part in several 5k and 10k races this year.