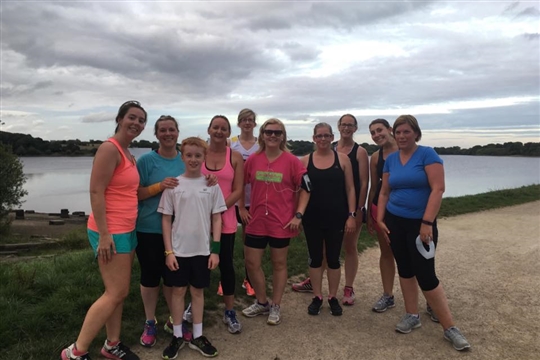 Through the hard times and the good

I have to celebrate you baby

March - We held 2 runs, only one person attended each one. We didn't have a name or even really a vision

August - Took our first run photo (the picture above!), not knowing this would lead to #TRFSelfie

March - We started to use the RunTogether app for Group Leaders

April - Branching Out! - One off session in Drighlington, leading to a regular session from September

May - Our first charity month, £1 donated for each run attended.  £200 raised for Kirkwood Hospice

December - Our first official Christmas do!  Showing it's not all about the runs!

January - Our Overton Christmas curry night, giving chance for both groups to mix

January - Our second charity month for JDRF, raising a total of £200

September - Yorkshire & Humber winners of RunTogether Group of the Year & Natalie wins Run Leader of the Year, making it to final three nationally

March - Temporary cancellations due to COVID-19 :-(  Leading to lots of fun and challenges and virtual support

November - Temporary cancellations due to Lockdown 2.0

November - Charity Month (Don't run and donate ;-) ) for Kirkwood and Batley Food Bank - A boot load of food and £115 for Kirkwood

November - Nominated for the 'Best of WF3' Kindness awards

January - Announced winners of the Sport/Physical Activity of the Year Award by WF3 Kindness, followed by another temporary shut down of group running!

May - We finish Birstall Bubble session as leader Sharon branches off onto new adventures with Birstall RunFIT, the RunFIT legacy continues!